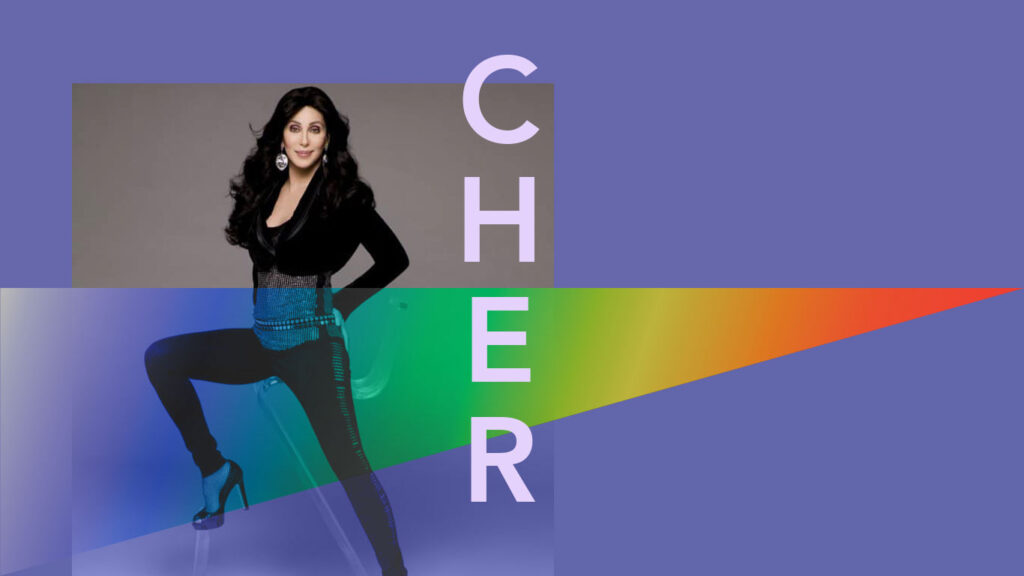 The war raging in Ukraine. Texas families are being attacked for protecting their transgender kids. Women’s autonomy over their own bodies is being eroded at record speed. Gasoline prices climbing almost as rapidly as Donald Trump’s cholesterol.

Crazy, crazy times we’re living in these days, folks — so crazy that it seems somewhat naïve and insensitive for me to have a bee in my lesbian ball cap over Cher not receiving a nomination to the Rock ‘n’ Roll Hall of Fame. Yet, here we are. Again.

The iconic Cleveland, Ohio institution built on the shores of Lake Erie opened to great praise in 1993. Architect I.M. Pei’s design stands on the 9th Street Pier, an architectural marvel with its glass pyramid museum and corkscrew circular hall.

I had a unique opportunity to tour the museum as part of a press junket shortly after it opened. It was, in a word, breathtaking. Like, literally. Original lyrics sheet of Buddy Holly. The Who’s hand-scrawled setlist. Janis Joplin’s granny glasses. The Beatles’ colorful satin uniforms from Sgt. Pepper’s Lonely Hearts Club Band. These and other artifacts quite literally knocked the air out of my lungs and moved me to tears. These items, and hundreds more like them, are holy relics of the soundtrack of my youth.

But Cher doesn’t belong to anyone’s youthful era. She’s had top hits every nearly decade since the 1960s. She recorded the soundtrack for multiple, multiple generations of youth.

Cher told Vanity Fair in 2010: “Sonny and I still aren’t in the (Rock and Roll) Hall of Fame, and it just seems kind of rude. Sonny was a good writer, and we started something that no one else was doing. We were weird hippies before there was a name for it when the Beatles were wearing sweet little haircuts and round-collared suits…. We influenced a generation, and it’s like: What more do you want?”

So generous. So colorful. So Cher.

Cher is one of those artists who absolutely should be recognized not only for her early triumphs with Sonny Bono, but even more obviously for her accomplishments as a solo artist: 22 Top 40 singles, including “Believe”, a little ditty she wrote and recorded that went on to be the Number 1 hit of 1999. And so much more.

She’s already a GOGGEK, for crying out loud, having earned a Grammy, an Oscar, Golden Globes, an Emmy, and the Kennedy Center Honor. Billboard Magazine officially named her its icon in 2017, an honor the LGBTQ+ community bestowed on her decades ago, way back when we were all just G.

Seriously, what more do you want, Cleveland? Some argue that Cher is first and foremost a pop artist, as opposed to being a rock artist. On the other hand, Aretha Franklin, the indisputable Queen of Soul, was the first woman to be inducted, prior to the museum’s opening. Pretty sure Aretha herself wouldn’t call herself a rock ‘n’ roller.

So what’s the problem? Her politics? True, she doesn’t hold back in her all-caps, anti-Trump Twitter rants. My personal favorite was when she tweeted: “WHY IS HE ALWAYS THRILLED 2MEET WITH MURDERING STRONG MEN, =PUTIN, DUTERTE, ERDOGAN, EL SIS, KIM JONG UN!? DADDY ISSUES!?”

But shouldn’t Cher’s digital activism qualify her, even more, to be lauded by an institution that was born thumbing its nose at the conservative establishment? We know that her longevity, critical and financial success cannot be disputed. She can certainly afford an air fair to Cleveland for the ceremony.

What is it? What is preventing this goddess of rock from receiving this honor? What could it possibly be?

Hmmmm. Could it be…her vagina?

Consider the sad fact that between 1986 and 2020, 923 musicians have been inducted into the Hall of Fame. A mere 70 of those people — less than eight percent — are women.

Last month, Dolly Parton — indisputably another goddess, though not of rock and roll — politely thanked the RRHOF board of governors for her nomination this year, but refused it, saying that she didn’t want to “split the vote” against other nominees she called more deserving artists of that genre. I’m no Dolly Whisperer, but it wouldn’t surprise me if she were really sending a not-so-veiled message that she has better things to do than to be inducted into yet another boys’ club.

Everybody knows that when the dust of World War III has finally settled, all that will be left will be the cockroaches and Cher. That fact alone should be lofty enough to give her her own damn wing in that museum.