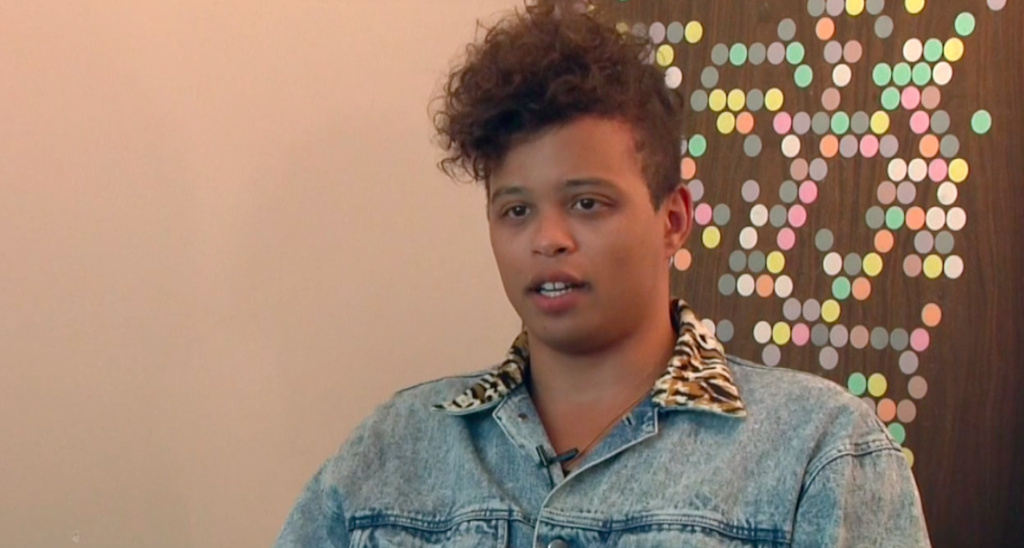 The prevailing theme throughout The Death and Life of Marsha P. Johnson is “Justice for Marsha.” The new film recently released on Netflix chronicles the 1992 death of transgender activist Marsha P. Johnson, who is considered by many to be, with sister trans activist Sylvia Rivera, the mother of the modern LGBTQ rights movement.
Everyone in Manhattan in the late 1980s to the early 1990s, especially in the Christopher Street neighborhood, knew Marsha. Her swagger, her attitude (the “P” wasn’t a middle-name initial; it stood for “Pay ‘em no mind!”) and her love for her fellow used-and-abused trans sisters and brothers was legendary.
She walked the street and stole their hearts. She was one of Andy Warhol’s photographic subjects. She performed regularly at Stonewall; legend has it that one of the first spiked heels thrown at that mob-run bar that night in June in 1969 that started the riot that started it all was hers.
More than a local cult figure, Marsha also worked with Rivera to found STAR (Street Transvestite Action Revolutionaries). Together, they drew attention to the unspeakable abuse suffered by the trans community, abuse that often came from the gay community itself.
Marsha’s body was found in the Hudson River on July 6, 1992, a day or so after witnesses saw her being chased by two unidentified men. Her death was ruled a suicide, but those who knew and loved her refused to believe that she would have gone out like that. Not Marsha. Marsha was a fighter. In fact, New York’s gay community took to the streets to march in protest of the fact that police barely investigated her death.
Controversy continues to swirl around Marsha’s death, due in part to questions about how The Death and Life… director, David France, researched his film.
France, a gay man who also directed the highly acclaimed documentary, How to Survive a Plague, is being challenged by trans historian/activist Reina Gossett who claims France stole not only her idea for the movie, but also stole years and years of her research chronicling Marsha’s life.
Gossett was neither credited nor compensated by France or his production company for her work.
In Reina’s own Instagram’d words: “This week, while I’m borrowing money to pay rent, david france is releasing his multimillion dollar netflix deal on marsha p Johnson. david got inspired to make this film from a grant application video that @sashawortzel and I made and sent to Kalamazoo/Arcus Foundation social justice
center while he was visiting. he told the people who worked there -i shit you not — that he should be the one to do this film, got a grant from Sundance/Arcus using my language and research about STAR, got Vimeo to remove my video of Sylvia’s critical ‘y’all better quiet down’ speech, ripped off decades of my archival research that I experienced so much violence to get, had his staff call Sasha up at work to get our contacts, then hired my and Sasha’s *ADVISOR* to our Marsha film Kimberly Reed to be his producer. And that’s just the shit I have the spoons to name.”
France’s Facebook reply is so cheesy and full of holes you could sell it at a deli counter: “I owe a debt to those who have kept Marsha’s story alive over the years. My creative work builds on theirs. But it is it’s own scholarship. My research team and I spoke with every friend and associate of Marsha and Sylvia Rivera’s that we could reach, and poured through a vast archive to arrive at our film, aided immeasurably by the Anti Violence Project, whose story is at the center of my film. We sourced, digitized, and licensed the archival footage. Our intention was always to have archival footage allow for Marsha and Sylvia to tell their stories in their own voices. Nothing in the film’s concept, research or execution came from anyone outside of this process or our immediate team.”
Speaking of “rent,” this is not the first time the work of a queer woman has been allegedly appropriated by gender power and privilege. Lesbian author/activist Sarah Schulman’s 1990 novel, People in Trouble is remarkably similar in story and character to Jonathan Larson’s smash hit musical Rent, Puccini’s La Bohème aside. Again, no credit, no cash, no mention of Schulman in anybody’s Tony acceptance speech. Don’t believe it? Google it.
Nonetheless, France’s The Death and Life of Marsha P. Johnson is well worth watching. It’s a stark examination of an important part of our history that continues to repeat itself every time another queer life is lost to violence. Which is almost every day.
If justice is to be served, Gossett’s movie, Happy Birthday, Marsha P. Johnson, will get a green light. Doesn’t transgender history, as told by trans voices, deserve our attention? I have a feeling Marsha would say yes.