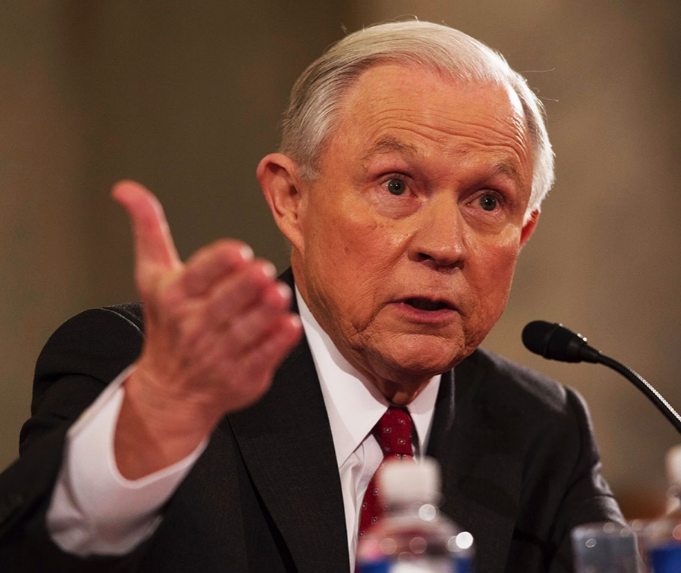 Ah, religious freedom. That call to arms for conservative Christians who believe that they live in some Bizzaro Land version of America where they are persecuted for their beliefs.

And so, in the name of religious freedom, Jeff Sessions has issued guidance that says ladies ain’t get no free birth control anymore. Because if you do a survey of American women almost all of them are going to say, “I hate birth control and want to get pregnant as many times as my lawfully wedded husband wants to climb on top of me, thank you very much.” After all, only whores use birth control.

And so employers who religiously object to their female employees havin’ whore sex don’t have to include birth control coverage.

Also in the name of religious freedom, the the Religious Freedom Restoration Act (RFRA) guidance memo tells federal agencies about how to reign in those LGBTQ sinner types. Especially if some lesbos want you to bake a cake for their wedding you can shout with confidence, “I only frost for Jesus!”

According to Buzz Feed, “The policy does not create new law, but rather interprets how the government should construe the Constitution and existing federal law.”
In other words, the policy basically erases LGBTQ people from federal protections. Keep in mind that LGBTQ people are not protected from discrimination by law in many states. So this is a particularly low blow.

The memo outlines 20 principles of religious liberty. One of my favorites is #12: “RFRA does not permit the federal government to second-guess the reasonableness of a religious belief. RFRA applies to all sincerely held religious beliefs, whether or not central to, or mandated by, a particular religious organization or tradition.”

In other words, you can literally just say, “Because Jesus” as your excuse for any discrimination you want to get away with. Not surprisingly, LGBTQ people and allies aren’t happy.

“The Trump-Pence administration launched an all-out assault on LGBTQ people, women, and other minority communities by unleashing a sweeping license to discriminate,” HRC President Chad Griffin said in a statement. “This blatant attempt to further Donald Trump’s cynical and hateful agenda will enable systematic, government-wide discrimination that will have a devastating impact on LGBTQ people and their families. Donald Trump and Mike Pence have proven they will stop at nothing to target the LGBTQ community and drag our nation backwards. We will fight them every step of the way.”

And fight them we must, but let’s not pretend it isn’t exhausting. I often feel like I’m in a LGBTQ rights video game and every time I advance a level I save my game. But whenever I turn it back on again all of my saved data is gone and I find myself yelling, “Damn it, I already finished this level!”

The Sessions memo comes as the Supreme Court is getting ready to hear a case about a baker refusing to bake a cake for a gay couple. Sessions has filed a brief with the court in favor of the anti-gay baker, just in case there was any confusion about what side he’s on.

Bringing that case is the Alliance Defending Freedom, which is a rabidly anti-LGBTQ group. No doubt the Sessions memo was as much a love letter to ADF as it was a fuck you to LGBTQ people.

Sessions also declared that transgender people are not covered by anti-discrimination protections under Title VII. The Obama administration had declared the opposite. Make no mistake that dismantling any and all gains made under Obama is the number one goal of Sessions and the rest of the Trump Pence administration. The fact that they hate LGBTQ people is just icing on the definitely-not-for-a-same-sex-wedding cake.