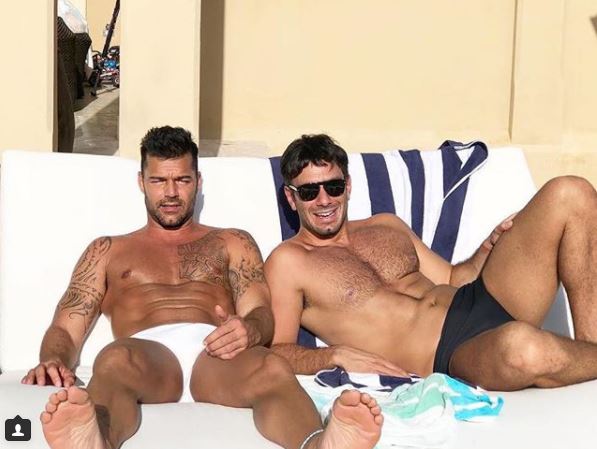 When candidate Donald Trump was running for president he promised to run the country like a business. Perhaps we should have asked him to be more specifi c. Was he talking about Trump Airlines? Trump University? Maybe he was referring to Trump Vodka. Wait. What? How can you lose money on vodka?

It took the President exactly one year to do to the United States government what he did to so many of his businesses. Shut it down.

He can blame the Democrats all he wants but the buck stops at the Oval Office, according to Trump in a 2011 interview. Speaking to NBC News he said, “In my opinion—you know, I hear the Democrats are going to be blamed and the Republicans are going to be blamed. I actually think the president would be blamed. If there is a shutdown, and it’s not going to be a horrible shutdown because, as you know, things will sort of keep going… If there is a shutdown I think it would be a tremendously negative mark on the president of the United States. He’s the one that has to get people together.”

Here some of the news we’ve been reading on the Houston Rainbow Herald Facebook page.

The barrels of peanuts are long gone and the building that they sat in may soon be, as well. The new owner of Baba Yega, developer Fred Sharifi , bought what’s left of Montrose Mining Company, the shuttered bar on the corner of Pacific and Grant Streets from longtime proprietor Charles Armstrong last month, reports Swamplot.com. “Sharifi has now purchased at least fi≠ve Montrose properties within the last two years, including Baba Yega, Montrose Mining Company, and three sites slated to be part of a project he’s developing on Fairview Avenue—one of which was home to Armstrong’s nightclub, Meteor. In addition to his projects in Montrose, Sharifi also owns Hungry’s Cafe in Rice Village,” writes Swamplot.com.

Remember when candidate Trump said he would be best friends with the LGBTQ community? Well, with friends like this, who needs enemies? The Trump administration has offi cially announced the formation of a new division intended to allow healthcare providers to discriminate against LGBT people and women seeking an abortion, reports LGBTQNation.com.

The new “religious freedom” rule would allow healthcare workers to refuse to treat LGBT patients as well as allow workers to deny care to a woman seeking an abortion or any other service they morally oppose. The proposed rule would create a new division of the civil rights offi ce that would be tasked with ensuring health care workers are given a license to discriminate. The division would also be responsible for outreach and technical support for religious right organizations that oppose LGBT equality and abortion.

As the President’s administration prepares to issue license to discriminate papers, he sent a congratulatory letter to Log Cabin Republicans. Classic doublespeak. In a letter, dated Dec. 21, 2017, Trump extends both his and First Lady Melania Trump’s well wishes to the LGBTQ political organization, which recently celebrated its 40th anniversary, reports MetroWeekly.com.

“We are a Nation founded on the undeniable truth that all of us are created equal,” Trump wrote. “We are equal in the eyes of our Creator. We are equal under the law. And we are all equal under our Constitution. No matter the color of our skin or our sexual orientation, we all live under the same laws, salute the same great American flag, and are made in the image of the same Almighty God.”

“As we write the next great chapter of our Nation, we reaffirm our commitment to these fundamental truths and will work to ensure that all Americans live in a country where they feel safe and where their opportunities are limitless,” the letter continued.

Congratulations are in order. Ricky Martin revealed he has married partner Jwan Yosef, reports Edge.com. A reception is in the works about two months from now.

Speaking with E! News during the premiere of The Assassination of Gianni Versace: American Crime Story, Martin said, ““We exchanged vows. I’m a husband, but we’re doing a heavy party in a couple of months, I’ll let you know.”

On a related note, the European Court of Justice has pushed for same-sex spouses to receive residential rights, even in European Union countries not offering equal marriage rights, after stating that the definition of marriage has “evolved,” reports GayTimesUK.com.

A final decision is pending.