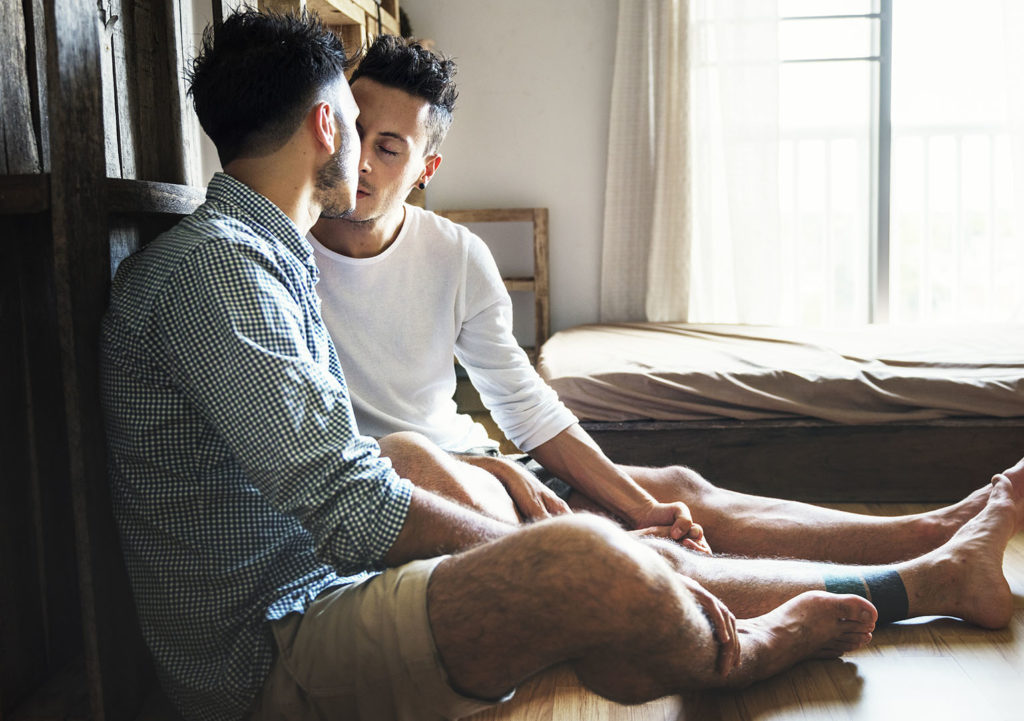 Bump “Go to the gym more” down a notch on your list of New Year’s resolutions and move “Have better sex” up one. Here’s how to fulfill that promise to yourself.

I’m willing to bet you use random hookups to fill a void in your life, like when you’re so bored you stare at the phone for hours waiting for someone to tell you you’re hot, or the emotional distress you’ve created for yourself by being afraid/really terrible at commitment. (Yes, I’m psychic.)

We all do this, actually. Well, gay men, at least; that’s the only demographic I’ll claim to represent without permission. The problem is, more times than not this behavior leads to further unhappiness because the thing you thought was going to provide gratification only serves to make you more disappointed in yourself for doing it again. Vicious cycle.

2. Communicate better with your partner(s)

How will your partner know what you crave in bed if you don’t talk to one another? Certainly this is more difficult when you’re jiving for a quickie (I recommend saving the kink until at least the third date unless previously discussed), but you should be as direct as possible regarding what gets you off as much as you can.

“Communication is the number one way to have the best sex possible,” she says. “If your partner is in the right area but you’d like something done softer or slower or harder and faster, or perhaps prefer lips to hands or other extremities, take the opportunity in the moment to guide them in the right direction. Sexy talk is sexy, and leads to better sex. Bodies and desires vary, and it’s impossible for your lover to know what works for you unless you clue them in. The more safe and open you both feel, the better the sex will be.”

3. Find someone who’s equally excited to fulfill your fantasies

Sometimes we’re embarrassed by our own sexual proclivities, but unless what you’re into is illegal in more than three states, you should feel confident enough to wave your freak flag freely. Because why waste your time and orgasms on lame-os in bed? Be secure in what gets you off (different strokes for different folks, right?) and choose the partner who’s fucking down for it.

I think I want one thing – a lean, rippled Adonis who gets me all verklempt when he takes his off clothes – when I’m actually happier with a fit-to-average guy with individuality and a wild sense of humor. Yet I’ll almost always pass up this dude for the one with washboard abs and the personality of a cereal box because somehow it validates my own narcissism (if he wants me, I must be doing something right in the physical-attractiveness department; that’s the thought process at least). The more enjoyable sex almost always comes from the guy who has more of the actual things I seek in a long-term partner, however, opposed to the one my eyes are telling me I need, and the quicker me and you both accept this as fact, the better sex will be for us on a more regular basis.

5. Go out there and meet someone organically instead of digitally

Whatever happened to striking up a conversation with someone in a bar, spending a couple hours getting to know him over drinks, then taking him back to your place to fuck his brains out all night? Is that fairytale dead? While it’s not as popular as opening up an app to choose from a barrage of on-demand bang buddies, there’s a lot more excitement and overall satisfaction in meeting a potential sex partner organically and working up to the main event. The outcome of the latter almost always results in more pleasure, because not only do I have time to make an informed decision about getting down and dirty with this guy but I also get a better sense of the bigger picture – like, if I want to cuddle afterward (from which I also derive pleasure), which isn’t always the case with the digital tricks I’ve spent a full five minutes chatting with before inviting them over to blow me. Granted, there’s a huge disparity in the chances of you scoring in the real world versus with sex-hungry people online, but at least you’ll be happier with yourself in the end and perhaps even make a new real-world friend. When was the last time that happened with a nooner?

Mikey Rox is an award-winning journalist and LGBT lifestyle expert whose work has been published in more than 100 outlets across the world. He splits his time between homes in New York City and the Jersey Shore with his dog Jaxon. Connect with Mikey on Twitter @mikeyrox.