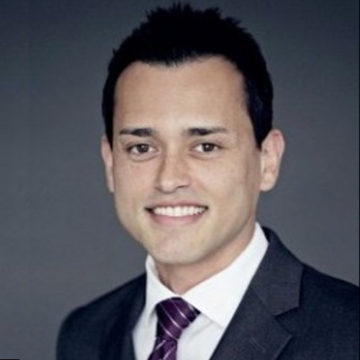 As Chechnya rounds up queers into detention camps, Isis beheads and throws gay men from rooftops, and yet another mass shooting right here in the good ol’ USA leaves us all horrified and housebound, you’d think a little thing like the legal wranglings of a local non-profit organization would seem pretty insignificant.
Maybe yes, maybe no.
In July 2016, shortly after Houston’s downtown streets had been swept clean of colorful beads and other disposable ephemera associated with our city’s famed LGBT Pride Parade, MONTROSE STAR published a two-part story discussing rumblings within the community about a call for the resignation of Pride Houston’s chief executive officer and president, Frankie Quijano. Quijano had held those positions since 2011.
“It’s time for a change in leadership,” a Change.org petition that hit the blogosphere in the summer of 2016 stated. “To keep the community strong we need a leader who unites—not one that divides. Frankie has shown the community his true colors over that past couple years and it is now time to show your support to change the leadership and build a better Pride Houston.”
As news of the petition spread rapidly throughout social media, it also came to the community’s attention that Pride Houston’s leadership had already dwindled with the resignation of its treasurer, followed by the resignation of Teresa Carpenter. After an eight-year stint as a Pride Houston volunteer, Carpenter, who is retired following a 20-year career in the United States Marine Corps, joined Pride Houston’s board of directors in 2015. Her board resignation letter appeared on social media, raising questions and eyebrows in Houston’s LGBTQ community.
In that resignation letter, Carpenter questioned Quijano’s leadership style, lack of financial transparency, faulty communications and other issues.
Regarding financial matters, Quijano told STAR in that July 2016 interview that it costs approximately $250,000 to $350,000 to produce the Pride parade and festival, and added that Pride Houston’s 990 tax forms appear on the organization’s website, as required by law.
“Accountability is very important within our organization and within our leaders,” Quijano told STAR.
“I will continue serving with Pride Houston as long as Pride Houston is willing to have me,” Quijano said in 2016. “I serve at the will of the organization. As far as I understand, the organization still wants me. As that continues, so will I.”
Fast-forward one year and a few months. Things have changed.
On October 23, 2017, a lawsuit was filed against Quijano and his husband, Abijah Kratochvil by Pride Houston and its board of directors, following a board vote on October 1 that elected Lorin Roberts as Pride Houston’s new president. The suit claims Quijano has not cooperated with the transition, nor had turned over Pride Houston financial records and other assets, including bank account statements, credit card information and social media passwords. (Kratochvil is listed in PrideHouston.org archives as the organization’s social media chair.)
A quick trip to PrideHouston.org reveals that “PrideHouston, Inc., is proud of its long standing commitment to service in our community. We are proud to provide the following financial information.” Good to know.
The webpage then lists links to IRS 990 forms for fiscal years 2010 through 2014, but none of those links were operable as this issue of MONTROSE STAR went to press. Similarly, no information was available on PrideHouston.org’s “Our people” page, either, which formerly listed officers, board members and committee chairs. “Coming Soon. The content you are looking for will be coming soon,” the webpage promises.
Additionally, Quijano told the court that he refutes the legitimacy of Roberts’ presidency, alleging that Roberts has not been a member of Pride Houston leadership long enough to serve as president, according to the group’s bylaws.
Quijano has capitulated in court, telling presiding judge R.K. Sandill in a late October hearing that he would indeed release Pride Houston financial information which—get this—he stated was tied to his personal financial records. If Quijano failed to do that (by November 1, after STAR’s deadline), there will be another hearing.
Well.
Not surprisingly, there’s now talk calling for an independent audit of Pride Houston’s books, with some community members suggesting that examination go back as far as a decade, which would scrutinize Pride Houston financial and contractual matters that occurred under the leadership of past presidents.
Sigh. At the risk of being labeled (once again) a dinosaur, how I miss the days of Pride when the parade rolled down Montrose, when smaller, less-moneyed non-profit organizations were able to afford participating in it and when, to paraphrase author/activist Susan Stryker, gay pride was a movement not a marketing niche. When its leadership could be trusted to perform nobly and transparently in the best interest of Houston’s LGBTQ community without being ordered by a judge to do so.
This could get interesting. Stay tuned.