Along with presenting news highlights of the past couple of weeks, the HRH Reports strives to inspire others from time to time.

The first segment, “Success in Sales is not Complicated. It’s Simple but Not Easy,” was written by a colleague of this writer, Juan D. Ortega who is also a business advisor at JDO Consulting. It is reprinted here with his permission. While it is directed at sales people, everyone can garner life-improving information from it.

Success in Sales is Not Complicated. It’s Simple but Not Easy

From one sales person to another:

The key to success in sales is doing what you are supposed to do. Success always follows the best prepared, self-believers, self-taught masters of their craft, risk-takers of opportunity, responsible people. Unfortunately, success is an illusion to many, especially talented, lazy people who refuse to listen, learn and change. I am constantly amazed, but not surprised to see “Average” individuals emerge victorious. These folks consistently execute a simple but effective set of daily disciplines. They combine them with dedication and cap it off with desire. The result is most always “Success.” They recognize change as a constant. They learned if you don’t change, you have not learned at all.

For those of you willing to take a step towards success, I encourage you to look at the simple list below. If you are content where you are, it’s time to delete this message like all the other ones you ignore.

Believe you can. Yes, you can. It starts with a habit of self-encouragement.

Opportunity. Recognize it and take advantage of it. If you need more opportunities, create them.

Take risks. Take a chance and press for one more “No.” Ask for the sale one more time.

Allow for mistakes. So what if you blow it? Mistakes are just an opportunity to do it again, only this time with more information.

Surround yourself with winners. Avoid negative, life-sucking individuals. They are usually the ones that complain about messages like this one.

Plan your day. Daily. Write your goals out. Put them in front of you. Most of all, remind yourself of your “purpose.”

Respond appropriately to your prospects. Aggressively listen to them. Offer persuasive dialogue. Make it possible for them to business with you.

Keep your eyes on the target. Don’t avoid it. Don’t lower it. Keep it high. Let it stretch you.

Hang on. Don’t quit. You never fail until you quit.

Have a successful day.

A life of integrity 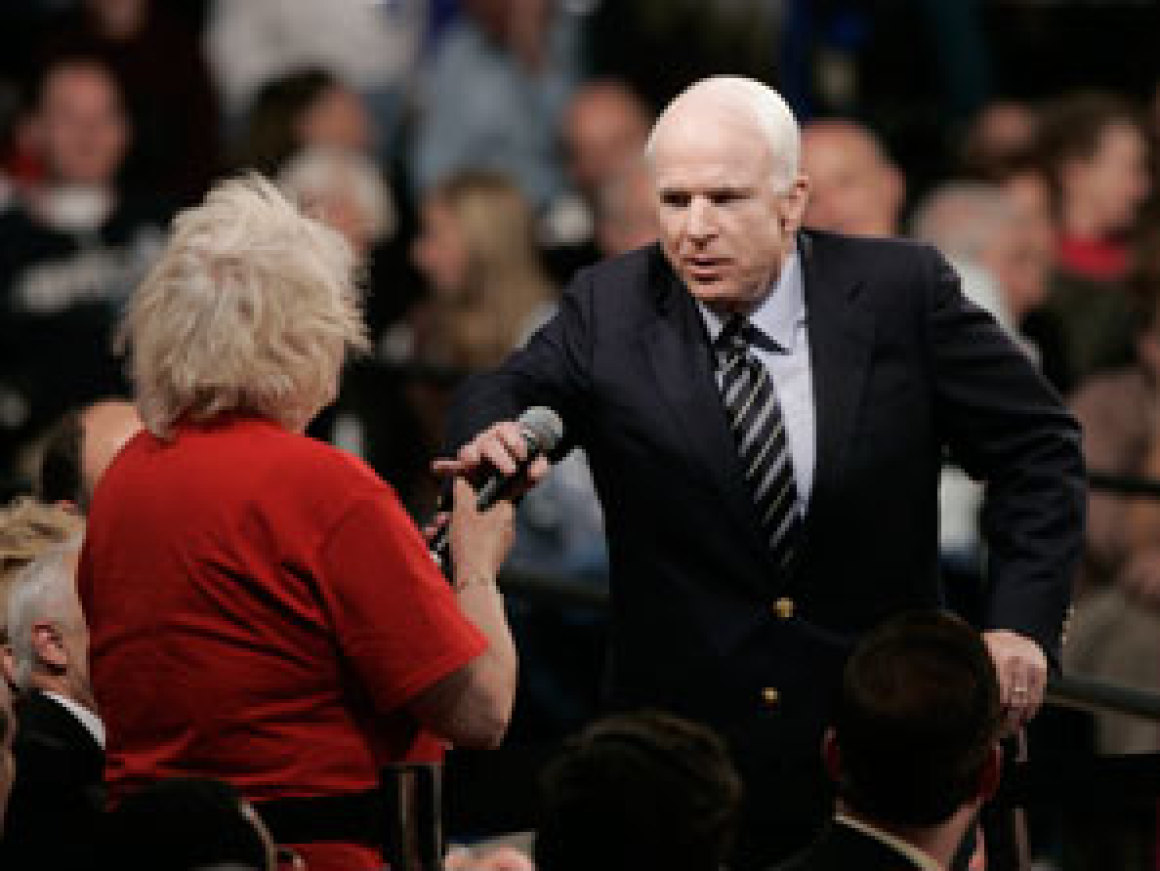 The death of Senator John McCain seems to have brought out the best and, in one particular person’s case, the worst in people. For this space we will focus on the best. The Arizona senator is well remembered for correcting an elderly woman who, in a 2008 town hall meeting, asked if candidate Barack Obama was an Arab. The image of candidate McCain taking the microphone from the lady, cutting her off and explaining, “No, ma’am. He’s a decent family man and citizen that I just happen to have disagreements with on fundamental issues, and that’s what the campaign’s all about. He’s not an Arab,” is as vivid today as it was then.

President Barack Obama was asked by McCain himself to deliver the eulogy, reported Vox.com. The two men were polar opposites but that did not prevent them from having mutual respect. The 44th President lauded McCain as a courageous patriot, able to find common ground with those vastly different from himself and as an exemplification of what Americans should strive to embody.

A few excerpts of Obama’s tribute: “So much of our politics, our public life, our public discourse can seem small and mean and petty, trafficking in bombast and insult and phony controversies and manufactured outrage,” Obama said. “It’s a politics that pretends to be brave and tough but in fact is born of fear. John called upon us to be bigger than that. He called upon us to be better than that.”

“John believed in honest argument and hearing other views,” he said. “He understood that if we get in the habit of bending the truth to suit political expediency or party orthodoxy, our democracy will not work. That’s why he was willing to buck his own party at times.”

Johnny Trlica is the manager of the Houston Rainbow Herald Facebook page, your source for the latest LGBTQ news and information. Contact him at .