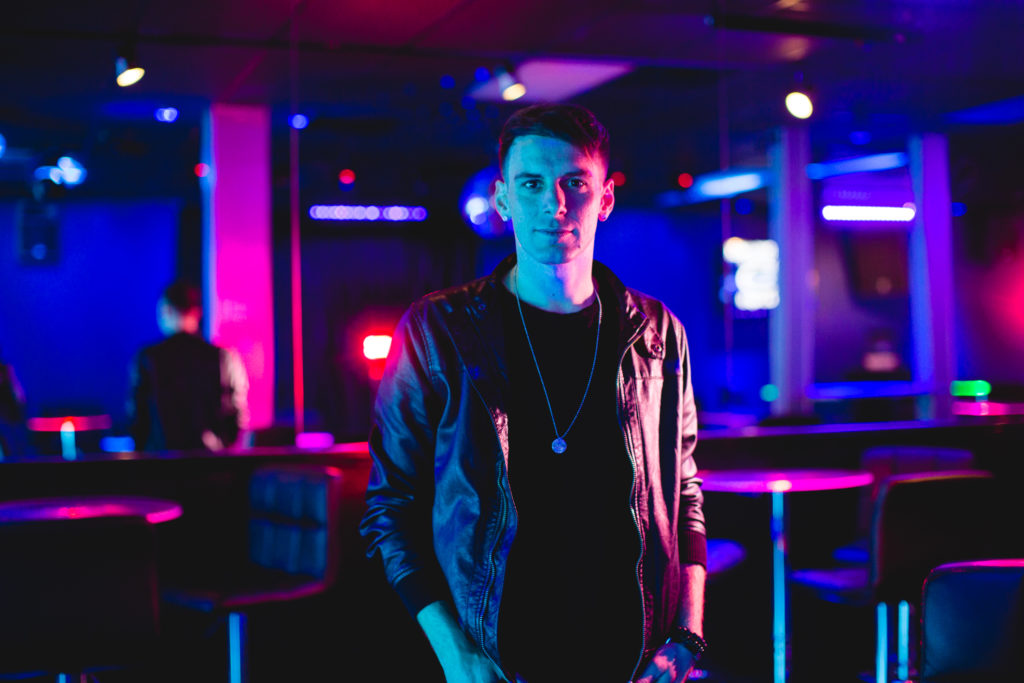 Trey Pearson is living the out gay life he never thought he could.

After 20 years as frontman of Christian rock band Everyday Sunday, Pearson, who was married for seven of those years to Lauren, with whom he has two children, came out in May 2016. Publicly revealing his sexuality led organizers of Joshua Fest, an annual Christian music festival in Northern California, to nix him from the lineup after staff members kicked up a fuss about his scheduled appearance.

Inspired to share his story, Pearson switched gears, cutting a seven-song, pop-oriented EP called Love Is Love, which was released in November 2017. Led by first single “Silver Horizon,” the album taps into the range of emotions the 37-year-old Columbus native harbored at one of the most pivotal, and painful, points in his life.

What song would you most recommend to someone trying to reconcile their religion with their sexuality?

I couldgo on for hours about these songs. But every once in a while a song comes out of nowhere, in the moment. I wrote “Hey Jesus” in less than a half hour, and then I spent another hour or two lying on the floor bawling my eyes out. The song encompasses all the emotions that I always felt growing up and even into my adult life, until I could accept myself.

I feel the most free I’ve ever felt. The most joyful, the most peace. I never knew I could feel this way. I did not believe it was possible, and to finally feel this way is the most amazing feeling in the world. But it hasn’t been without loss: having your teenage years robbed from you – it’s OK to allow yourself to grieve that.

How do you feel about being an example for other queer people who are also struggling with self-acceptance?

It’s exciting. It feels like it’s something I’m passionate about, and I also feel a responsibility, too, because I know if it wasn’t for people like Ellen (DeGeneres) coming out and being vulnerable in her truth, I might not have been able to own mine. Ever since my story came out, there’s almost not a day that goes by where people don’t reach out to me on Instagram, Facebook or Twitter. I think there’s a great honor in having these people share their stories back to me, but also, we need to tell our stories because there’s so much power in them. I’ve experienced that.

After you came out, you were driving for Uber to make ends meet, right?

Yeah, I hadto cancel a tour and figure out how to make money over a two-month period, so I was like, I’m gonna drive for Uber and make money. So, I picked up this guy – and this was right after I came out to my family – and he was like, “So, what do you do besides this?” and I was like, “Well, I usually tour around the world in this Christian rock band and I just came out of the closet to my family.”

He ended up being the editor of a magazine, which is where I originally came out publicly. But rumors were spreading. When you’ve been in the Christian music industry your whole career, and you’ve played in thousands of churches, it’s amazing how quickly gossip can spread in churches around the world.

Are you still being asked to perform in churches?

Actually, there have been a lot of affirming churches that have asked me to come. I started this private group on Facebook called Trey’s Safe Space and there are hundreds of thousands of people who are sharing this space. People who are either queer or allies, and they just tell their story. But I’m not playing in churches; I’m playing in music clubs. A lot of progressive and affirming churches are asking me to share my story, so I am speaking at a lot of these churches on Trey’s Safe Space tour. I’ll do a pride festival on a Saturday night, and then Sunday morning I’m speaking to these churches. It’s been really cool.

Did anyone in the Christian music community reach out to you when you came out?

Yeah, actually lots of people did. A lot of people in the industry expressed love toward me. But none of them did it publicly because they’re all scared of their careers being on the line, and that’s a shame. If every Christian artist that reached out to me would have done it in a public way, I think it would force the industry to rethink their view on the subject, and hopefully one day that’ll happen.

Unfortunately, we’re not there yet. I’m doing everything I can to change the conversation, though.

What did it feel like writing and recording your first song, “Silver Horizon,” as an out gay man?

Liberating. The fact that I suppressed so much of myself for my entire life, and to finally have that out in the open – there are so many emotions that come with finally extending myself in that way. Joy and freedom, and a lot of grieving. I missed out on certain things. I knew I would lose people in my life, but this weight that I had been carrying my whole life finally was lifted from me.

There’s a part of myself I couldn’t be even as an artist because I wasn’t able to face it in my own life. This valve burst open with creativity and another level of my songwriting. It was another level of intimacy and vulnerability. I wanted the EP to be long enough to really explore some of these emotions I have experienced since coming out

I literally just played those songs on my floor bawling my eyes out as I wrote them. But I started to turn the corner. It just feels almost like a diary. And with every song I either wanted to make you dance or cry. (Laughs)

Sounds like you’ve been doing a lot of dancing and crying in the last year.

Thank godit’s turned into a lot more dancing than crying these days.

Chris Azzopardi is the editor of Q Syndicate, the international LGBT wire service. Reach him via his website at www.chris-azzopardi.com and on Twitter (@chrisazzopardi