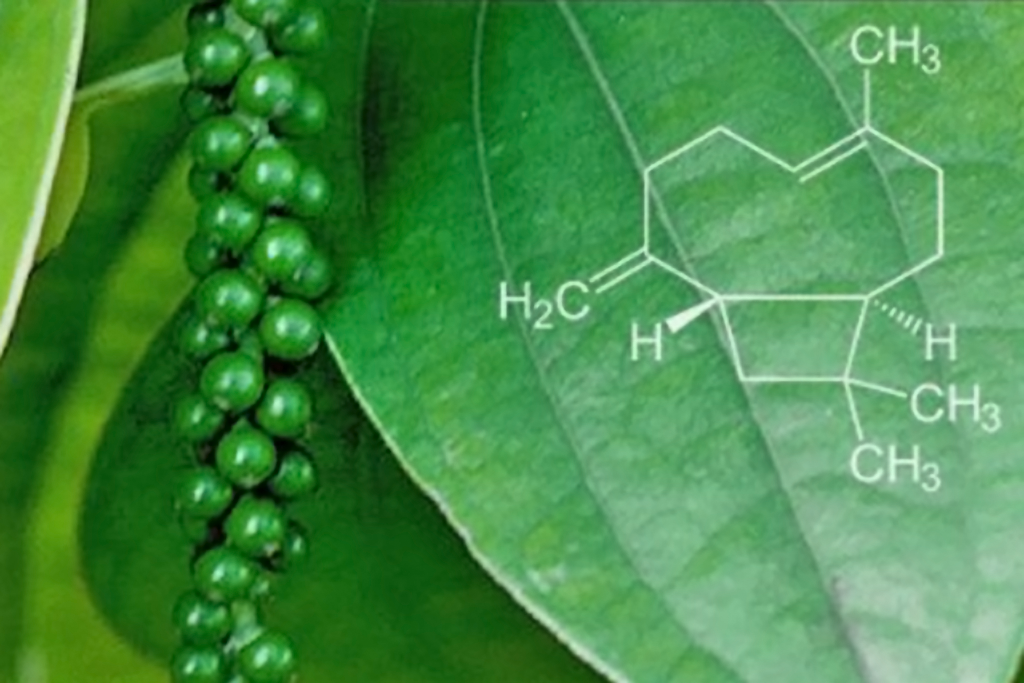 Now that the elections are over, we probably still have to fight for our freedoms to medicate with cannabis, so let me tell you about something new I learned. I have such an exciting time learning all about this amazingly versatile plant and I hope you do too! So here goes!

A little time ago, I introduced y’all to terpenes. These little things are so fascinating and they do so much that I wasn’t even aware of. Today I want to introduce you to a very unique one. You may even recognize this one even if you don’t consume cannabis because it’s the primary chemical compound that gives black pepper its spicy scent. It is found in spices like cinnamon and cloves. Additionally, it is also present in basil, hops, rosemary and oregano. It is called caryophyllene.

Caryophyllene is a sesquiterpene. What this means is that it is a terpene made of three isoprene units. It was synthesized the first time by world-renowned organic chemist Elias James “E.J.” Corey in 1964. Since then his discovery created a lot of interest for a variety of reasons in many fields.

I, myself, am not a much of a user of alcohol, so I was fascinated to find that this particular terpene is most and best known for prospects that lie in its ability to effectively stop cravings for alcohol. A 2014 issue of the journal Pharmacology Biochemistry and Behavior included a report on a study that used β-caryophyllene to activate CB2 receptors and decrease the desire for alcohol in mice.

So, if that is true, it could legitimately help those that are suffering with alcoholism. Such strains of cannabis that this terpene is found in as well are the infamous Bubba Kush, Chemdawg and Sour Diesel. I say less alcoholism is a wonderful thing!

Another study conducted by Kyung Hee University in the Republic of Korea in 2014 found β-caryophyllene suppresses tumor grown and stimulate death in cancer cells.

Did y’all just read that? This terpene can kill cancer cells! It is scientifically proven! Now, if that isn’t promising, I don’t know what is!

Another unique feature of this terpene is the fact that it is the only terpene known to actually act as a cannabinoid by binding to the Endocannabinoid system via the C2 receptors. This terpene does not however, bind to the C1 receptors which would be the psychoactive component responsible for the “high effect” (www.ncbi.nlm.nih.gov/pmc/articles/PMC5412277/).

This terpene has many beneficial properties which can be found outside of cannabis, as well. It is itself therapeutic in many applications including usage as an anti-inflammatory and antioxidant. It is also an anti-fungal, antibacterial, anesthetic and has analgesic effects. It is additionally known that caryophyllene is useful in treating anxiety, stress, depression, ulcers, autoimmune disorders, muscle tension and chronic body pain.

Mother Nature proves over and over again that she has the answer to what ails us — if we only listen to her and heed what she says.