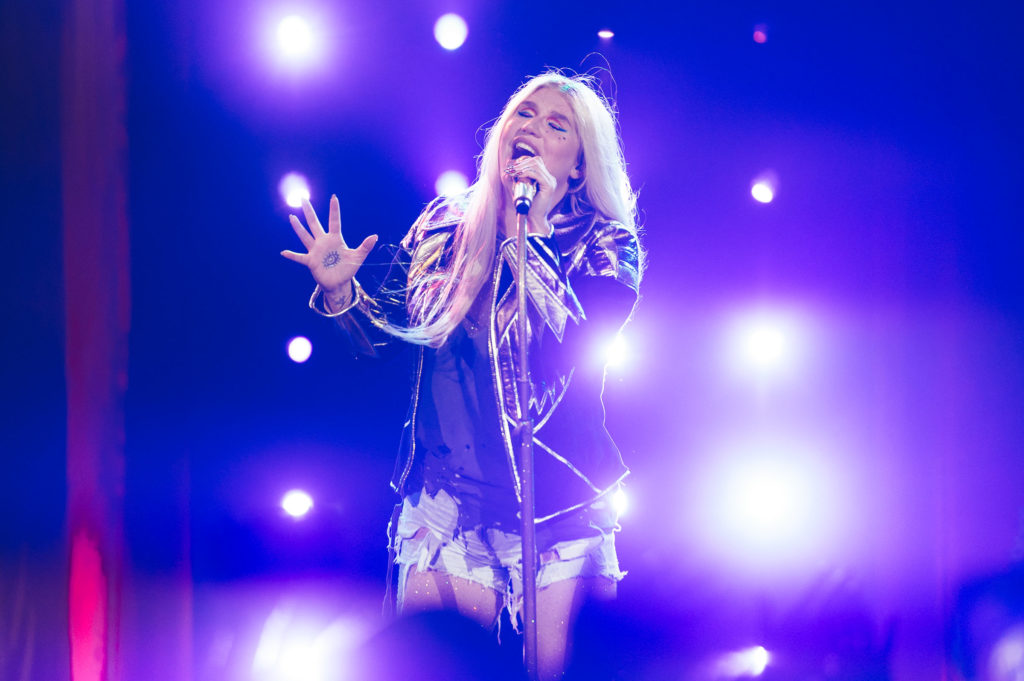 Welcome to the gayest concert year of your life. For instance, if all you want for Christmas is a healthy dose of divadom wrapped in high notes and vocal ad-libs, you’re in luck: the always-festive Mariah Carey is decking the halls of venues across the world on her first-ever Christmas tour. But now through 2018, other acts queers go crazy for, like Taylor Swift, Katy Perry, Shania Twain, P!NK and Lady Gaga, are also heading to a venue nearish you (if they already have, perhaps it’s time for a jaunt?), as they take their respective new projects on the road.

Shania Twain, Now Tour
In our recent (very) gay press interview, I half-kiddingly told country-pop priestess Shania Twain 15 costume changes would be ideal for her upcoming tour, launching May 3 in Tacoma, Washington. (Hey, she asked!) Since she’s only human, don’t count on that many, but at least gay Shania devotees who have a strong desire to see Taylor Swift’s trailblazer in all things leopard print are in luck. “Gotta have a little flashback moment here and there, yeah!” she concurred enthusiastically. As she draws upon her Grammy-winning classic Come on Over, as well as her first album in 15 years, Now, the bound-to-be-impressive production promises plenty of opportunity for nostalgia and hot cowboys. That alone should impress everybody. www.shaniatwain.com/tour

P!NK, Beautiful Trauma Tour
If P!NK doesn’t fly at a concert, is it still a P!NK concert? The committed aerial artist swoops into arenas starting in March and, TBH, I wouldn’t be surprised if this is her most Adele concert yet. After all, her new power ballad-heavy album, Beautiful Trauma, is rife with some of her most sophisticated vocal moments – who can’t wait to see her Trump protest song “What About Us” live? – that don’t necessarily need additional razzle dazzle. But hey, P!NK, if you wanna fly during “Raise Your Glass” again, by all means, work those silks, lady. www.pinkspage.com/events

Mariah Carey, All I Want For Christmas Is You Tour
And you thought Pride was gay! According to Kelly Osbourne, Mariah Carey’s Christmas extravaganza is the ultimate queer affair. “My favorite gay Christmas event is anything with Mariah,” she says, noting all of Mimi’s highly emotional gays (must be the diva’s version of “O Holy Night”). “It’s totally a gay event – I mean, have you gone?! It’s so much fun.” When I met the diva in August 2016 (you know, summertime for everyone except Mariah Carey) in Las Vegas, songs from her second holiday album, Merry Christmas II You, played as background music in the meet-and-greet holding room. Which is to say, Mariah has been waiting for this day as long as you have. www.mariahcarey.com/tour

Taylor Swift, Reputation Tour
Approximately a billion thinkpieces will be written about pop star and cat mom Taylor Swift’s monster of a new album, Reputation, before her aggressive ruminations on boys and feuds tantalize arenas across the country. So, if you’ve got a blank space, baby, on your calendar next year and you’re obsessing over “Getaway Car” and “Delicate” and “Don’t Blame Me” and “Dress” – the famed scribe’s latest batch of pop sizzlers – as much as yours truly, just know it’s never too early to start thinking about which cat shirt you should wear to the show. https://taylorswift.com/events

Lady Gaga, Joanne World Tour
Lady Gaga’s Joanne, a grittier foray into her dive bar days, was better on paper. But if you’ve ever basked in Gaga’s live-show glow, she could literally eat meat from her meat dress for two hours while singing “God Bless America” with Tony Bennett and I know y’all would pay double. The Joanne tour pays homage to every incarnation of Gaga during its two-hour-plus runtime, from the simple pop gloss of her debut on through her queer AF Born This Way anthems and her stripped-down resurgence as Gaga the Rodeo Singer. During her unforgettable show in Detroit, Gaga read a handwritten note from one of her gay Little Monsters about how she helped him to come to terms with his sexuality. Come for the state-of-the-art staging, stay for Gaga’s big, loving heart. www.ladygaga.com/tourdates

Kesha, The Rainbow Tour (and special Jingle Ball events)
In a year that has royally sucked balls, thank Pebe Sebert for the birth of Kesha Rose. The glitter punk’s tour-de-force comeback LP Rainbow is the survival album this wrecked world needs, and seeing it in all its vibrant hues during a recent Detroit stop was positively life-affirming. Though Kesha dipped into her back catalog for indelible pop nuggets like “Tik Tok” and “We R Who We R,” the magical night was devoted to the singer-songwriter’s evolution into pop’s Lady Fortitude, as she took a firm stand on equality and worked her masterwork’s empowering crux. For nearly two hours, as Kesha shot glitter from a light-up hose and her two hopefully-on-Scruff backup dancers got jiggy with it, the Rainbow show was a testament to hope and all things bright and sparkly. www.keshaofficial.com

Tim McGraw and Faith Hill, Soul2Soul: The World Tour
It’s their love, it just does something to us. But that, all you country-lovin’ queers, isn’t the only reason to catch the Royal Couple of Country, Tim McGraw and Faith Hill, on their first tour together since 2001, the debut Soul2Soul tour, when some girl named Taylor Swift was their, yes, opening act. Obviously, that tour was a massive success, because look what we made them do: hit the road yet again with their deep catalog of respective and collective hits, including “It’s Your Love.” And the production? Imagine Nashville in space. Like, why is there a futuristic theme? Is it the centrifugal motion? The perpetual bliss? I’ll tell you what’s bliss: seeing Faith Hill sing again. soul2soultour.com

Lorde, Melodrama World Tour
Where do broken hearts go? To drown in their shared sorrow at a Lorde Melodrama show, which will obviously become our new favorite place to reckon with old Grindr “relationships” gone awry as we immerse ourselves in the New Zealander’s career high and pop-subverting, Kate Bush-ish Melodrama. The Guardian, which reviewed her London stop, cautions that you should leave your artsy expectations at the door – this is a pop concert dressed in chiffon, sad strings, Lorde’s no-fucks-given dancing and, blessedly, a cover of Phil Collin’s “In the Air Tonight.” lorde.co.nz/tour

Katy Perry, Witness: The Tour
In a perfect world, Witness would be a different, better album, but even God herself, Cher, can’t turn back time on that bummer of an album. So, Perry’s tour, for obvious reasons, will be style over substance, even more than usual. With “huge puppets, giant basketball goals, confetti and robot Venus flytraps,” according to the Courier-Journal, Perry might even give this chintzy batch of songs new life. If not, there’s always the 2,012th performance of “Fireworks” and, from what I hear, a show of mercy from the One Above in the form of a surprise appearance from Left Shark. www.katyperry.com/tour

Chris Azzopardi is the editor of Q Syndicate, the international LGBT wire service. Reach him via his website at www.chris-azzopardi.com and on Twitter (@chrisazzopardi).