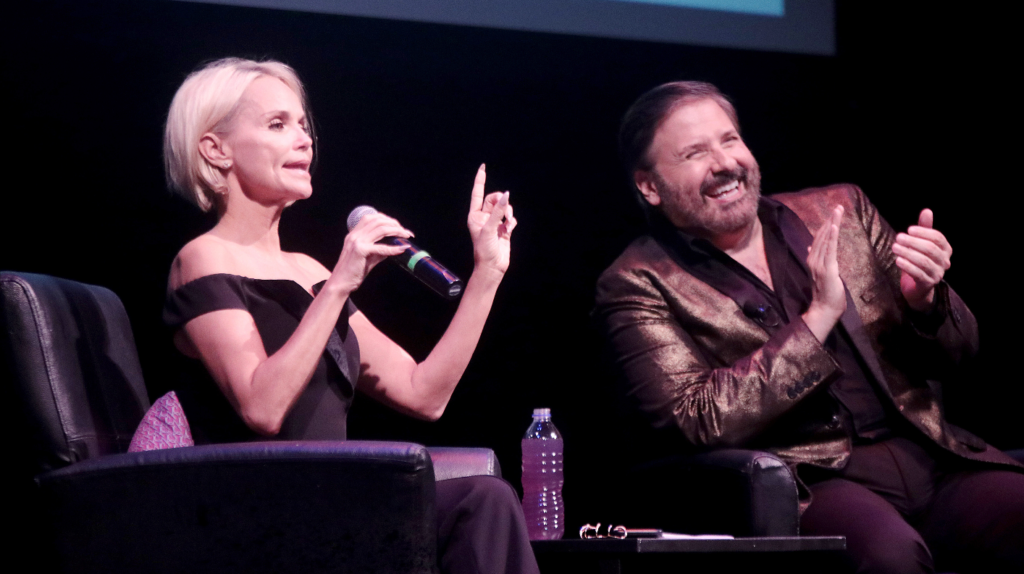 On Friday, September 14th, 2018 Brilliant Lecture Series presented “A Conversation with Kristin Chenoweth” at the Cullen Performance Hall at the University of Houston.

Long-time Houston Public Media host Ernie Manouse interviewed the Emmy and Tony award winning Broadway and TV actress. The conversation topics ranged from her upbringing in Oklahoma as a child of adoption and her love of opera to her upcoming TV and Broadway projects and the importance in “following her gut” with her Christian faith. Chenoweth’s quirky and charismatic personality made for a joyful night of laughter and fun, but the conversation was also inspirational. Her biggest takeaway for the young and aspiring artists in the audience was to be sure they put their own, unique “stamp” on whatever they do. To finish off the night, fans got to see Chenoweth perform a surprise selection of show-stopping songs.

Best known for originating the role of Glinda in the Broadway smash Wicked, Chenoweth has enjoyed a fruitful Broadway and television career, complete with starring roles in Glee, You’re a Good Man, Charlie Brown, Pushing Daisies and more. She currently stars in the new season of Trial and Error, an NBC sitcom which spoofs true-crime documentaries and reality legal shows.

Up next on the Brilliant Lecture Series schedule of events is: Sarah Palin and Donna Brazile: Bridging the Political Divide. The appearance will take place at the Cullen Performance Hall on Saturday, October 27, 2018. Tickets for the event start at $45 can be found here.