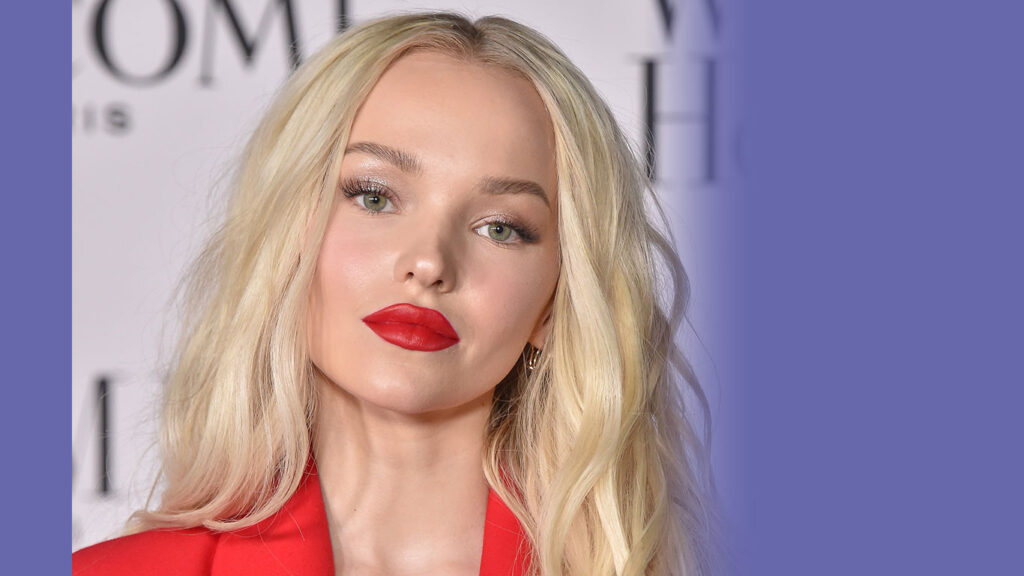 Whether you grew up on the Disney Channel — and if you’re under 40 then you basically did — or are old enough and queer enough to spot all the Broadway references on “Schmigadoon!” then you know Dove Cameron. The former “Liv and Maddie” star, who recently came out publicly, has branched into adult roles like the aforementioned meta-musical sitcom, where she stole scenes as an innocently horny Ado Annie-in-“Oklahoma!”-style farmer’s daughter. Next, she’ll drop into a starring role in “Field Notes on Love,” a romance set on a train in which a recently dumped guy drafts a friend to go with him on a railroad journey (nontransferable tickets, gotta use ‘em) that turns into love. The project, based on the book by Jennifer E. Smith, will be adapted by “Gilmore Girls” icon Lauren Graham. And Cameron’s co-star will be none other than another “Liv and Maddie” alum, Jordan Fisher (who also starred in “Rent: Live”). In other words, the former Disney kids are having a meta moment all their own.

‘Blue Beetle’ gets a shot of queerness with Harvey Guillén

The DC Extended Universe continues to grow with the upcoming feature “Blue Beetle.” A well-known character in DC comics, BB is Jaime Reyes, a teenager who receives battle powers and space travel abilities from a blue scarab beetle. And if we’ve learned anything about the current state of moviemaking, it’s that there is no comic book character who isn’t going to get their own TV show or film. In this origin story, written by Gareth Dunnet-Alcocer (“Miss Bala”) and directed by Angel Manuel Soto (“Charm City Kings”), “Cobra Kai” star Xolo Maridueña will play the blue superhero. And just added to the cast is “What We Do In the Shadows” co-star Harvey Guillén. The queer comic actor’s role in “Beetle” isn’t yet known, and for all, we know we’ll have to wait until the film’s summer 2023 release to find out. But these sorts of surprises are why we line up for the superhero summer movies in the first place. Bring on the bug.

‘Sort Of’ sitcom set for the second season

The level of high-quality queer TV content just keeps rising, and yet another must-see series to add to your list, HBO Max’s “Sort Of,” just got the green light for a second season. The Canadian project came out of the gate in 2021 to praise across the board, landing on year-end best-of lists from “The Hollywood Reporter,” “The Globe and Mail” and “Vanity Fair.” It’s the story of a young gender-nonconforming Millennial named Sabi, played by series co-creator Bilal Baig, who works at a queer bar, tends to a group of queer friends, and navigates life as the youngest child of a large Pakistani family. Alongside co-creator Fab Filippo (“Save Me”), Baig has given queer audiences hungry for representation a funny, wise show about the nature of identity and the trouble with clinging to labels. Now go catch up while we wait for that next batch of episodes to drop.

Transgender icon Eddie Izzard is currently shooting “Doctor Jekyll,” a modern retelling of Robert Louis Stevenson’s 1886 novella, “The Strange Case of Dr. Jekyll and Mr. Hyde,” and this new version will incorporate Izzard’s own trans identity. She’ll be playing Dr. Nina Jekyll, and doing battle with the monstrous — and murderous — Hyde personality she tries to keep at bay. Co-starring Scott Chambers (“Malevolent”), with a screenplay by first-timer Dan Kelly-Mulhern, and directed by Joe Stephenson (the Ian McKellen documentary, “McKellen: Playing the Part”), the project is jump-starting a new incarnation of the legendary British horror studio, Hammer, maker of wild ’60s classics like “The Gorgon” and “The Reptile.” No word on whether or not this new film will be an aesthetic throwback to the colorful, lurid atmosphere of those bygone camp masterpieces, but we also don’t care that much: we’ll watch Izzard do anything.