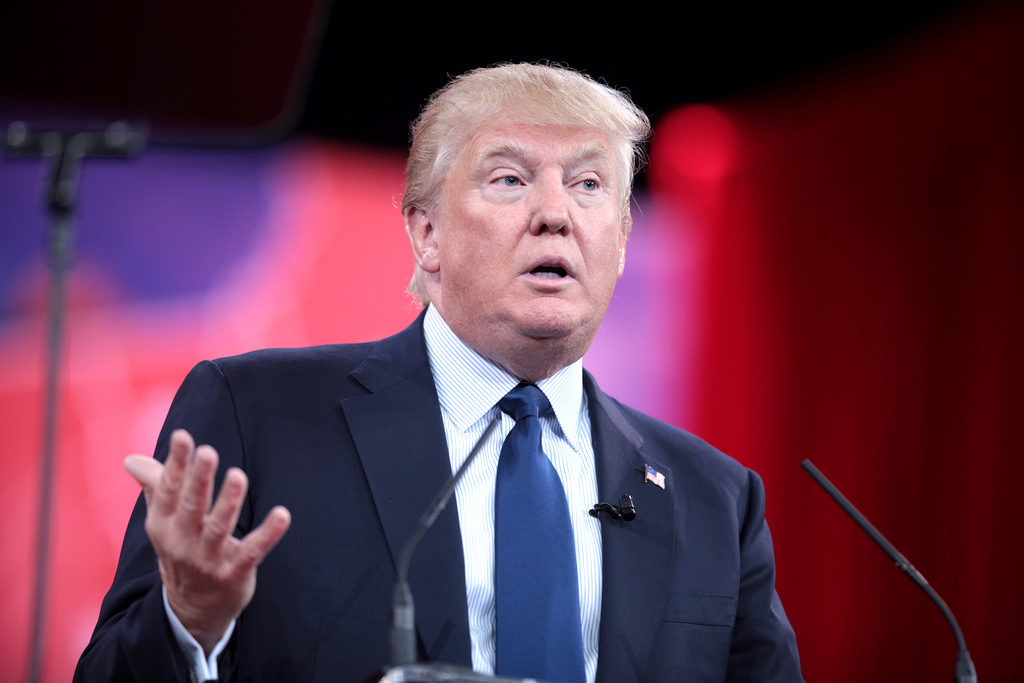 Houston’s under water right now, but don’t worry, Donald Trump is feverishly working to ferret out transgender service members.
I’m going to guess that when National Guard members arrive to rescue people from flooded homes nobody’s cares about whether or not their rescuer is trans.
And yet Trump, who has never served in the military, has the audacity to tell people willing to give their lives for this country, “We don’t want you because your health care is too expensive. At least that’s what I’ve been told, because I don’t know a damn thing about health care or health care costs. MAGA!”
Trump is an unequivocal failure. He cannot perform the most basic functions of his job and doesn’t seem at all interested in the well-being of the country. All he cares about is his himself and his base, literally the worst people in America. People who think Black Lives Matter is a terrorist organization and the outcome of the Civil War is up for debate. People who think that two men marrying causes hurricanes. People who parade though the streets in Nazi regalia. All of the ugliness in American history is not only amplified under Trump, it’s condoned and pardoned.
We handed our country to a man who told us he would do it harm. “But he’s a businessman,” people said. “We need an outsider.”
Yet no company would hire a CEO who said at the interview, “I know nothing about business, I care nothing about business, and, in fact, I want to get rid of as much business as possible!” But that’s exactly what we did with our country, electing a man so woefully unqualified and hostile to democracy that literally anybody looks better by comparison.
We must be careful, however, to remember that Trump is not the standard to which Republicans should be compared. He is an outlier. Extreme and incompetent beyond measure. So much so that people who are also extremist, though not insane, seem like great choices. But it is only in comparison to Trump that someone like Ohio Gov. John Kasich, radically extreme when it comes to limiting reproductive rights, can cast himself as a moderate. We must remember that being sane isn’t the same as being moderate, or even good.
Yeah, Kasich probably won’t Tweet us into a nuclear war, but this is the same guy who refused to recognize an Ohio gay couple’s marriage while one of those men was dying and still refused even after the man’s death. So let’s not get too carried away with the Kasich 2020 stuff.
I’m sickened by what Trump and his deplorables are doing to this country. And taking aim at transgender service members, yanking back the gains they made under President Obama, is disgraceful.
Remember, though, that the ban wasn’t Trump’s idea. This is something the right-wing has been pushing for years. Trans panic is all the rage, after all.
Pence supports this ban. Kasich likely would, too. In fact, the ban would probably happen if any of the candidates on that crowded GOP primary stage had won the presidency. The only difference is that it would’ve been wrapped in a “compassionate conservative” veneer instead of being rage-Tweeted by a narcissistic moron.
Remember, Republicans gave us Trump, but they’ve also given us decades of anti-LGBTQ policy and rhetoric. They own this. Don’t be fooled into thinking they will get us out of this mess. They ARE this mess.
And if you meet a trans service member please thank them. And apologize. And vote.