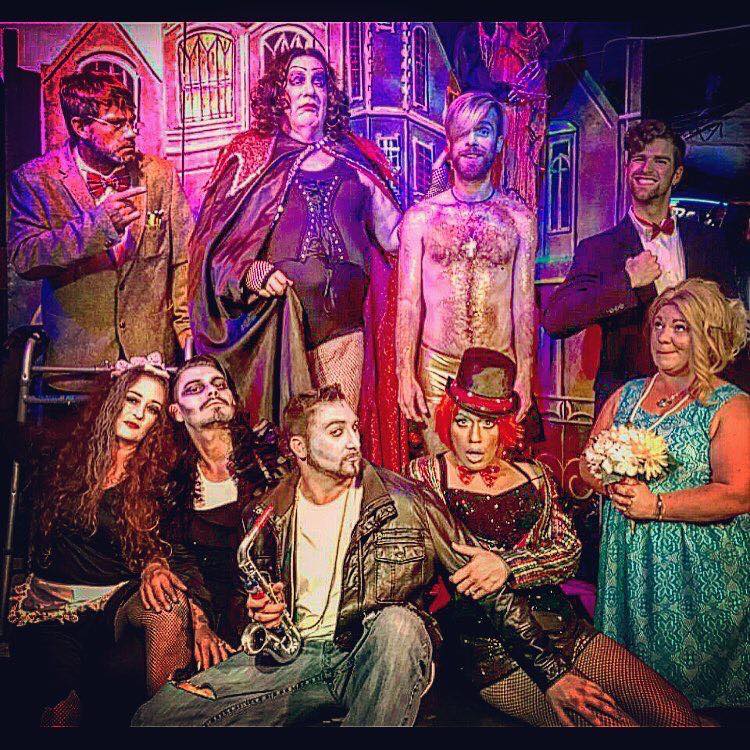 Chances are, if you live on the Island or have visited and attended any of the many venues for drag, illusions and impersonations, you have seen some really great performers. Galveston is rich when it comes to talented entertainers who give their all on the stages of all the clubs, be it a pageant, fundraiser, competition or just a good, old-fashioned drag show.
There is a great deal of work, time and money that goes into transforming oneself into a glittering, coiffed, fabulous stage presence. There is also a lot of heart that is needed to render a wonderful performance, stir a crowd and keep the patrons coming back for more. 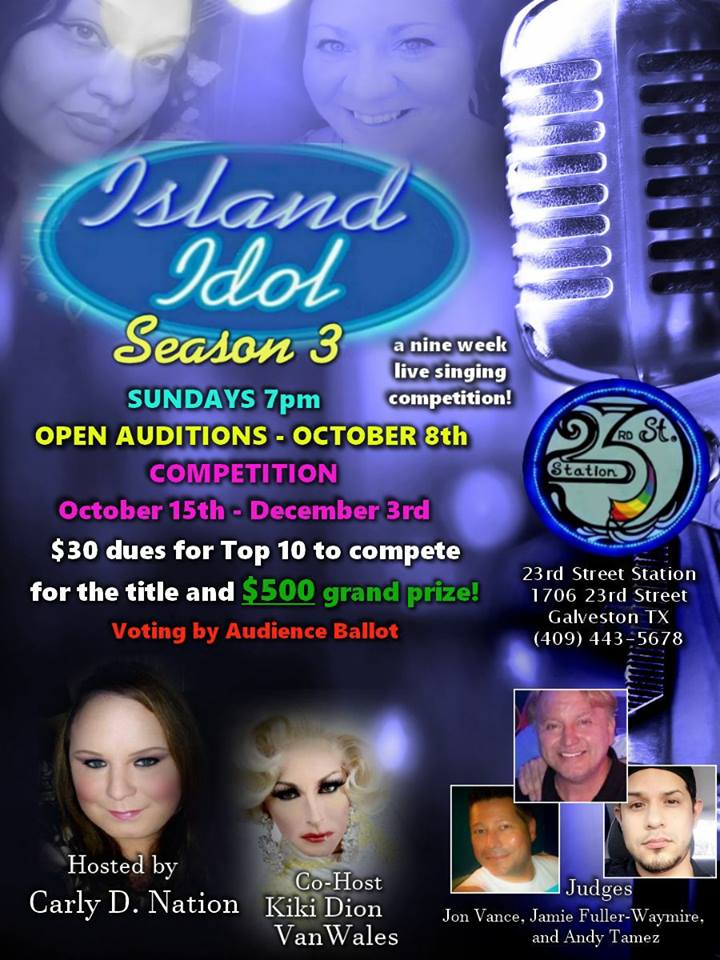 The LGBTQ community of Galveston is proud and happy to call Carly Davin Nation one of their own. You can find no bigger heart than hers, even if you looked the island, over. Nation, born and raised on the Island, has been performing and entertaining since 2005.
Along the way, she has garnered the respect and following of real deserved for any Island diva.
From an early age, Nation knew she wanted to entertain, enliven a stage and keep people smiling and happy. Throughout her life—certainly throughout her performing life—she has worked hard to incorporate humor and levity into many of her numbers and characters on stage.
“I think it is important to have fun and make people happy. I want fun for everybody,” responds Nation when asked why she performs and so often with comedy.
Her portrayal of TV’s infamous Miss Swann from In Living Color is completely convincing and always leaves audiences in stitches.
Since nervously winning the title of Miss Pink Dolphin in 2005 (and a few other titles after that) Nation has worked hard to relax on stage, develop confidence, improve her moves and, most of all, to deliver a star-level performance each time she steps into the
lights.
“It’s not easy,” Nation contends, “…especially when I am trying to do it now without alcohol, which always made it a little easier.”
No need to fret because a sober Nation is just as beautiful and dynamic as ever. As she says, “You might say this is a ‘re-do’ of sorts—rebuilding, re-shaping my performances and trying to improve things that I know I can work on.”
In her own words, “I want to be the best that I can be.”

Projects galore
Aside from performing, the island native is very active in several areas, including web design, writing and directing video productions, acting and doing everything she can to raise the appreciation for local LGBTQ talents.
“It bothers me that people, especially the locals, see us (island performers) as less than—less than, say, someone who comes from out of town to perform. I’m not exactly sure why. Maybe they know us personally, they engage with us, know our personal stories (good and bad) and don’t see us as performers and talents.”
Nation says to correct this image or stigma, it takes work on everyone’s part—the performers, the locals and the visitors.
“We have a great deal of talent to share,” she says.
In addition to winning that Pink Dolphin tiara in 2005, Nation also wrote, directed and produced her first movie, The Ghost of Maggie McGinnis. Since that early production, Nation has worked alone and with others to develop two web series shows; a third, and a secret, is in the works, as well.
Dragtown, a drag comedy of sorts showcases the lives of three crazy, misfit, unlikely drag queens who strive to be stars. Using local talent and settings, the pilot has been a huge success on the web.
After a few years of performing and thinking of herself as a “gay boy drag queen,” Nation came to the truth that she is transgender and fully embraced herself and found happiness within.
Another web series, Transfolk, a collaboration involving connections in Los Angeles and New Orleans, depicts the lives of a diverse group of transgender friends and the daily challenges they face in their lives and each person’s struggles and attempt to understand who they are. The cast includes hot Lana Blake and the very dynamic Alexis Black.
“Transfolk is a solid attempt to present aspects of living a transgender life in these days and times,” Nation says.
For more information, please visit www.transfolkseries.com.

Along comes an Idol
Three years ago, and with the help of then new bar, 23rd Street Station, Nation, in an effort to showcase the new bar and bring patrons, created Island Idol. A super success from day one, the contest, based on American Idol, recently launched its third season.
When 23
rd Street Station’s management at that time agreed to the Island Idol contest, they picked a winner. Crowds came, contestants lined up and, for the past two years, the competition has made 23rd Street Station the place to be on Sunday nights in Galveston.
In retrospect, Nation says, “I had no idea that my baby would be so successful. People love it, get into it and support it.”
The third season kicked off October 8 and runs for the next nine weeks, Sunday nights at 7 p.m. Contestants compete for $500 as well as bookings at 23rd Street Station shows and other venues.
“Each year has been a learning experience and, at times, with a few issues,” states Nation. “With the kinks ironed out, along with The Station’s fantastic co-host and bar show director, Kiki Dion Van Wales, this season promises to be just as great and more.”
The judges this year are Jon Vance, Andy Tamez and Jamie Fuller-Waymire.
For more information, please visit www.islandidol.tk.
Carly Davin Nation has come a long from being a little boy, wanting to entertain others and make them laugh. The island LGBTQ community would not be the same without her.

Antici…pation
Finally, be sure to catch Robert’s Lafitte’s 30th annual presentation of The Rocky Horrible Show, an island tradition and a must-see. Island locals don the wacky costumes of The Rocky Horror Picture Show and put on one hell of a show. This year, Nation will be doing the lights and sound. Don’t miss it and get there early. October 19 through 22, 10:30 p.m. at Robert’s Lafitte, 2501 Avenue Q.