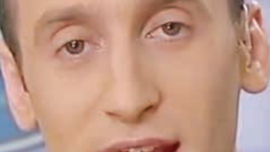 Call me anti-social, but I’ve never enjoyed big, formal fundraising dinners. They generally strike me as pretentious, wasteful and—let’s face it— we never really know where all that money goes. But I recently received an invitation to one of these dinners that undeniably caught my eye: a lottery in which the winner joins Donald Trump for dinner on January 20 in Florida to celebrate the one-year anniversary of his presidential inauguration.

“While liberals will be taking to the streets outraged over the success of President Trump’s policies, you could be spending the anniversary of such a landmark moment in American history with the President himself,” the email enticed. “Please make a contribution of $3 to help us advance our America First Agenda. And you will be automatically entered to win. My team will take care of the flights, lodging and transportation, all you need to do is choose your lucky guest to dinner with my family at Palm Beach’s most exclusive club… Don’t worry—we’ll take care of getting you and a friend to Palm Beach and reserving your room. You just have to decide who to bring for this once-in-a-lifetime opportunity.”

Wow! What a tempting offer! But I declined. Even though it’s not news that Trump is not a big fan of traditional “noun and verb” sentence structure, I have a strict rule about not accepting invitations that haven’t been scrutinized by a proofreader. Let me help: The comma after the word “transportation” needs to be replaced by a period or at least a semicolon. See, there are two independent thoughts going on in that one sentence and a mere comma is inadequate to separate those thoughts. I know— English is hard. Also, please drop the Oxford comma after the word “lodging” to conform to standard AP style. But maybe Trump considers AP to be fake news, in which case, never mind. And about that “exclusive” business: Consider avoiding that word. People already get the impression Trump’s not a fan of inclusivity. Why stir the pot?

No, I didn’t send in my $3 which, coincidentally, is the price of a McDonald’s Happy Meal. This email was sent by the Trump Make America Great Again Committee, a joint fundraising committee authorized by and composed of Donald J. Trump for President, Inc. and the Republican National Committee.

But if I had entered this drawing—and won!—here are a few individuals that I would have welcomed as my plus-one:

Jincey Lumpkin, esq. This HuffingtonPost.com columnist/porn producer’s bio describes her as “a former lawyer, a newlywed and a lover of breasts.” She’s also the founder and “chief sexy officer” of Juicy Pink Box, a lesbian lifestyle brand that “entices all women to explore their female fantasies.” Maybe Jincey knows the president’s friend, Stormy Daniels.

John Carew. Born in Lørenskog, Norway, this retired professional footballer played for that country’s national soccer team and later became a popular actor. And he’s black. He’s like Norway’s O.J. Simpson but without the double murder.

Matt Groening. The Simpsons creator’s mother is also from Norway, so he could add a lot to a conversation about how to entice more folks from that country to emigrate to the United States. It would also be fun for him to meet Trump’s senior advisor for policy, Stephen Miller, who many argue is the inspiration for Homer’s boss, Mr. Burns.

Richard O’Brien. He played Riff Raff in the original film version of The Rocky Horror Picture Show, whose likeness to the aforementioned Stephen Miller is undeniable. And who better to answer questions about how to inspire the Democrats to get on board with more of the president’s programs and policies? As Riff Raff would say, “It’s just a jump to the left.”

My Doctor. I’d like her to have a conversation with the president’s doctor to see where he got that wonderful, magical scale that says Trump weighs 239 pounds. I’m trying to lose some poundage this year, too, and that scale would definitely help my numbers look better. Chances are she’d also like to know what regimen Trump adopted that has helped him grow in height from 6’2” to 6’3” in the last few years. I’ve tried his diet of cheeseburgers, KFC and two scoops of ice cream but for some reason that plan just adds width. Maybe eating the cheeseburgers in bed, like Trump does, is what does the trick. Unfortunately, I’m not even allowed to eat toast in bed so I’ll have to figure out another approach.